In a research report issued today, Maxim Group analyst Jason Kolbert maintained a Buy rating on Biolinerx (NASDAQ:BLRX) with a $7.00 price target, as the company announced positive interim results of its ongoing phase IIa study of BL-8040 in relapsed or refractory acute myeloid leukemia (AML) at the American Society of Hematology meeting in San Francisco.

Kolbert wrote, “BL-8040 dose escalation has not achieved the highest dose yet (highest dose cohort is ongoing, data expected early 2015) but thus far appears to be safe, well tolerated, and has shown signs of efficacy. BL-8040 could potentially hit AML from two angles; 1- Mobilizing AML cells that hide in the bone marrow out into the blood to be killed by chemotherapy agents; 2- Inducing AML cells to kill themselves (apoptosis; programmed cell death).”

The analyst added, “The phase IIa dose escalation should end in early 2015 and the expansion phase of the trial (continued safety and efficacy) should begin shortly after. The trial is expected to complete in the second half of 2015.” 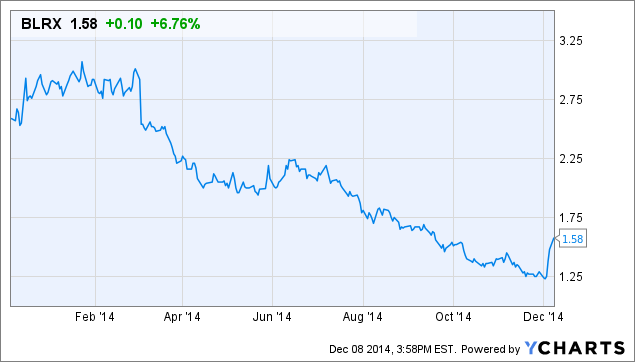