Maxim Group analyst Jason Kolbert weighed in today with his views on AEterna Zentaris Inc. (USA) (NASDAQ:AEZS), following the news that the company has commenced the promotion of EMD Serono’s Saizen, an injectable recombinant growth hormone for the treatment of growth hormone deficiency. The analyst rates AEZS a Buy with a $2.00 price target, which implies an upside of 962% from current levels.

In his research note, Kolbert noted, “Commencing the Saizen promotion is a positive for the company and should provide revenues that offset operating expenses from larger programs like Zoptarelin-Dox (AEZS-108), currently in a fully enrolled phase III study endometrial cancer. Importantly, promotion of Saizen in the GHD market is building marketing infrastructure for a potential launch of Macrilin (stimulated GH secretion) which is re-entering the clinic in a pivotal phase III study.”

“With each new patient representing $30K, we estimate that Aeterna can generate $16M in high-margin revenue. In a billion dollar market, this may even be an underestimate.”, the analyst concluded.

Out of the 4 analysts polled by TipRanks, 3 rate Aeterna Zentaris stock a Buy, while 1 rates the stock a Hold. With a return potential of 531%, the stock’s consensus target price stands at $1.19. 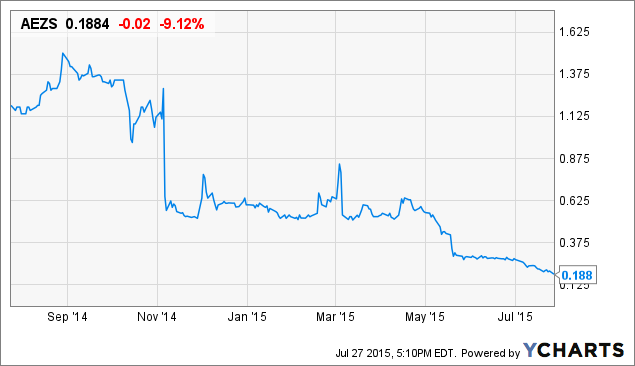