In a research note issued today, Maxim Group analyst Jason Kolbert reiterated coverage with a “Buy” rating on Vertex Pharmaceuticals (VRTX) and increased his price target to $107.00 (from $92.00) following results from Vertex’s  two phase 3 studies of lumacaftor in combination with ivacaftor, that showed statistically significant improvements in lung function, in people ages 12 and older with cystic fibrosis (CF) who have two copies (homozygous) of the F508del mutation in the cystic fibrosis transmembrane conductance regulator (CFTR) gene.

Kolbert comments: “All four 24-week combination treatment arms in the studies met their primary endpoint of mean absolute improvement in ppFEV1 from baseline compared to placebo at the end of treatment. Mean absolute improvements in ppFEV1 of between 2.6 and 4.0 percentage points from baseline compared to placebo were observed across the studies (p≤0.0004), with mean relative improvements of 4.3% to 6.7% (p≤0.0007). We consider this ‘best case’ data versus expectations for these two trials (Traffic and Transport)”.

According to TipRanks, which measures analysts and bloggers success rate based on how their calls perform, analyst Jason Kolbert currently has an average return of 10.6% and a 60% success rate. Kolbert has a -21.5% average profit recommending VRTX, and he is ranked #362 out of 3125 analysts. 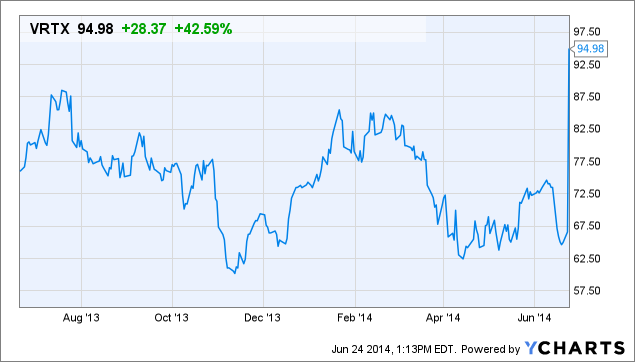