In a research note issued today, Maxim Group analyst Jason Kolbert reaffirmed a Buy rating on Agenus Inc. (AGEN) and a price target of $11, after AGEN announced the final data set for its phase 2 trial for its Herpes vaccine.

“Agenus reports that the majority of patients did demonstrate an immune response to the HSV antigens after a series of vaccinations and a booster dose at six months (> 50% developed a robust anti-HSV cytotoxic T-cell immune response). In those patients there was a statistically significant (75% reduction) in viral load (P<0.001; CI: 46.2 – 88.6%). We agree with the company that this level of reduction in viral load should reduce the incidence and severity of herpetic outbreaks and a reduction in viral transmission”, Kolbert wrote.

According to TipRanks, which measures analysts and bloggers success rate based on how their calls perform, analyst Jason Kolbert currently has an average return of 12.5% and a 63% success rate. Kolbert has a 14.2% average profit recommending AGEN, and he is ranked #253 out of 3133 analysts. 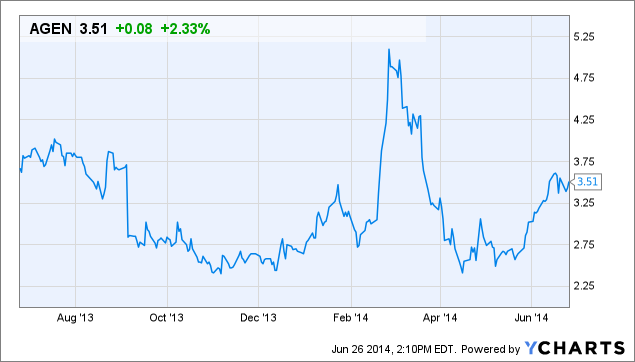