A research report was issued today by Maxim Group analyst Jason Kolbert on Novabay Pharmaceuticals, Inc. (NYSE:NBY), after the company announced  receipt of 510(k) clearance from the U.S. Food and Drug Administration (FDA) to market its novel intelli-Case with hydrogen peroxide solutions.

Kolbert observed, “A new product in the contact lens marketplace, the intelli-Case monitors the neutralization of hydrogen peroxide during the disinfection cycle with sophisticated microprocessor electronics embedded in the cap of what otherwise looks like a standard peroxide lens case. We have seen the product work, its simple and useful.” Furthermore, “We expect NovaBay to be driven by the quarterly sales of Avenova. We value the stock based on the average of our FCFF, DCF, and sum-of-the-parts models at a high risk rate of 30%.” 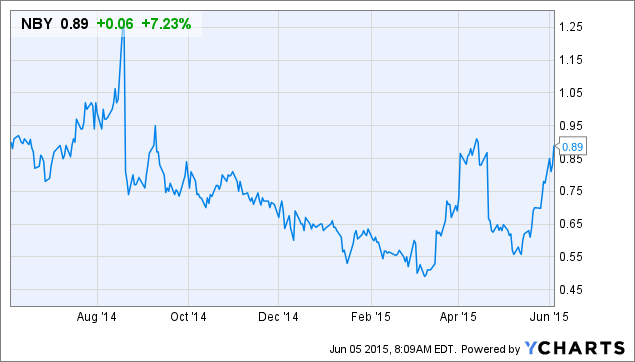