In a research note issued today, Maxim Group analyst Jason Kolbert reiterated a Buy rating on Tekmira Pharma (NASDAQ:TKMR) with a $31 price target, as the company provided an update on its Ebola program, announcing the start of limited GMP manufacturing of a new therapeutic specifically targeting the Ebola-Guinea variant, which is the viral variant responsible for the Ebola epidemic currently prevalent in West Africa.

Kolbert noted, “This news follows last week’s update on TKM-HBV, which targets mRNA, a critical point in the HBV replication cycle that may control the rate of or failure of sero-conversion (and thus the patient’s ability to control the infection). In our note last week, we reviewed the extensive slide deck, which provides the scientific rationale, preclinical science, and goals of the HBV therapy and helps us understand how anti-sense technology has a differentiated role in conquering viral pathogens versus extra-cellular approaches that block viral replication (nucleosides and protease and polymerase inhibitors, as examples).”

The analyst continued, “Tekmira hopes to enter the clinic in 2015. It is moving the treatment paradigm from immune clearance to immune tolerance in hepatitis B. We believe that companies like Tekmira (and other anti-sense companies in the space) are presenting new approaches to combat viral disease. We also note the significant license deal announced today with Bavarian Nordic and Johnson & Jonson” 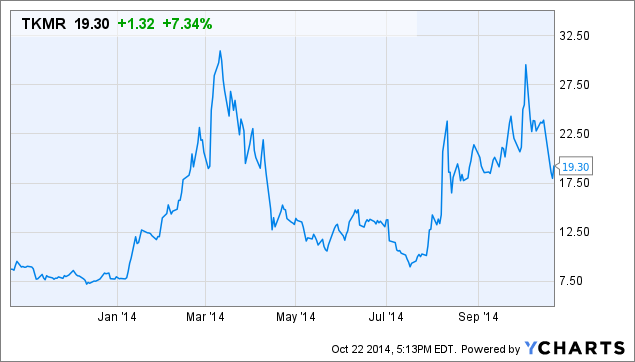