Maxim Group analyst Jason Kolbert came out today with a research report on Gilead Sciences, Inc. (NASDAQ:GILD), reiterating a Buy rating and a price target of $127, after the company announced that the Japanese Ministry of Health, Labour and Welfare (MHLW) has approved Harvoni®, the first once-daily single tablet regimen for the treatment of chronic hepatitis C genotype 1 infection in adults, sending shares up nearly one percent.

Kolbert noted, “Harvoni is now approved in Japan, where the majority of the population is genotype 1. In that group, Harvoni showed 100% efficacy. We are excited to watch the launch dynamic. Our model is currently unchanged. The launch is underway in Europe and is kicking into high gear (just under a billion between Harvoni and Sovaldi). A shortened treatment duration (treatment-naïve and non-cirrhotic patients) to eight weeks with a QD (no interferon or ribavirin) at an $83K cost creates real economic advantage over 12 weeks at $94.5K.”

The analyst concluded, “Gilead continues to be a cash-flow generating machine, driven by Harvoni and Sovaldi as a best-in-class regimen. We would use any weakness over the quarter to build positions.” 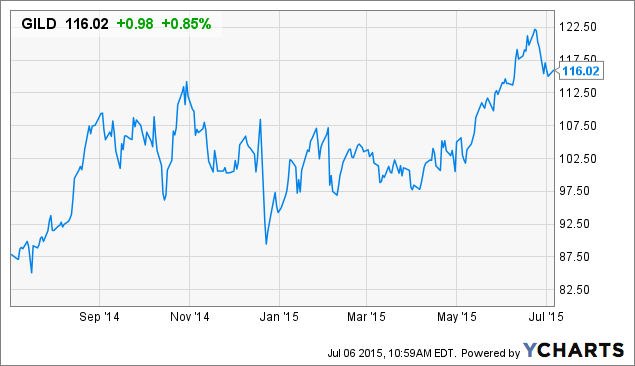