In a research report released today, Maxim Group analyst Jason Kolbert reiterated a Buy rating on Agenus (NASDAQ:AGEN) with a price target of $9.00, which represents a potential upside of 183% from where the stock is currently trading. The report follows the company’s third-quarter results.

Kolbert noted, “Agenus spent $8.1M in 3Q14 ($0.13 loss per share) and ended the quarter with $53M on the balance sheet. As we have previously discussed we see a paradigm shift taking hold in immune-based therapeutics and believe that Agenus is ideally positioned to create value in this emerging field. Evidence among the other companies we are following, such as Inovio (INO-Buy), Immunocellular, and Oncosec is building around the utility of immunotherapy.” 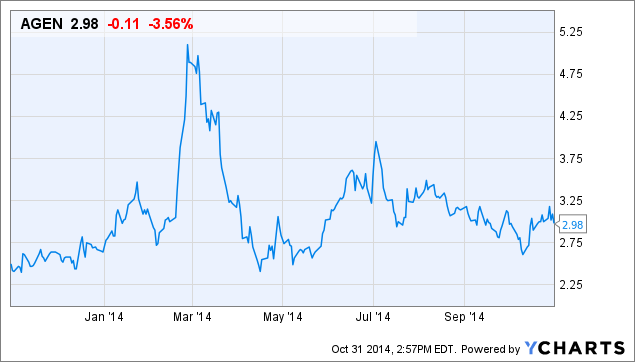