Kolbert noted, “We left impressed and see Momenta’s approach and pipeline leading to significant opportunities beyond just the outcome of pending litigation with TEVA over generic Copaxone. With that said we also review the status of the Momenta/TEVA litigation.”

The analyst continued, “Teva’s key patents covering Copaxone have been challenged by Momenta (and partner Sandoz, part of Novartis. A District Court tried the case and found the patents valid. An Appeals Court reviewed the case, found certain parts of the patents invalid, and reversed the ruling. The issue is now before the Supreme Court and will focus on if the Appeals Court followed the correct procedures in its review of the case. If Teva wins the Supreme Court decision, its Copaxone patent term will be restored and will last until September 2015. If Sandoz/Momenta wins the case, the patent invalidation will stand, clearing the way for them to sell their generic version of Copaxone immediately. A decision is expected in late 2014 to early 2015.” 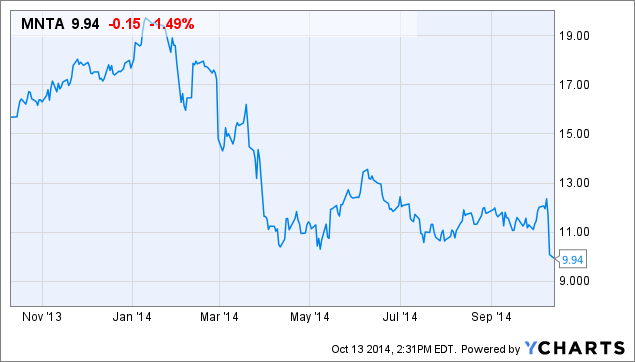