Maxim Group analyst Jason Kolbert reaffirmed a Buy rating on Keryx Biopharmaceuticals (NASDAQ:KERX) with a $26 price target, which represents a potential upside of 53% from where the stock is currently trading.

Kolbert observed, “Keryx reported 3Q14 financials with a loss of $35 million ($20 million in cash, $16M in non-cash). They ended the quarter with $118 in cash on the balance sheet. We believe Keryx has adequate cash to launch Ferric Citrate and fund its research programs while transitioning to a cash flow positive company next year.”

The analyst continued, “We expect ferric citrate sales to be driven by its efficacy as a phosphate binder, combined with its benefits in anemia management. Ferric citrate is the only drug that has been shown to have an effect on iron absorption, thus reducing the need for intravenous iron, as well as reducing the need for erythropoiesis stimulating agents (ESAs) to control the anemia. Previous studies have demonstrated how reducing iron and ESA use lowers the total cost of patient care and leads to better patient outcomes. The new study showing reduction in the cost of managing other adverse events strengthens the case for its reimbursement and use.” 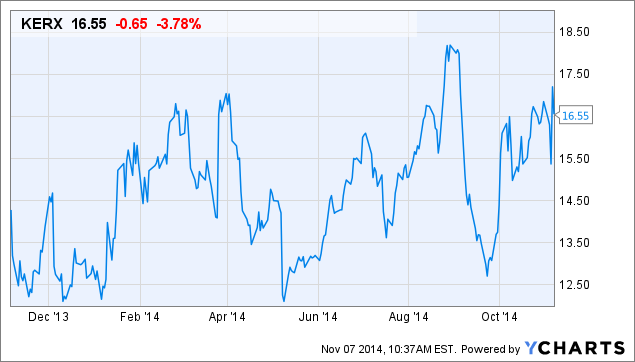