Maxim Group analyst Jason Kolbert came out with a favorable report on Medivation Inc (NASDAQ:MDVN), raising the price target to $168 (from $155), while maintaining a Buy rating on the stock. The increased price target comes after reviewing the company’s ACSO data and speaking with the company’s CMO, Lynn Seely MD. Medivation shares are currently trading at $117.78, up $1.72 or 1.48%.

Kolbert noted, “We are impressed with the utility that Xtandi holds in Breast Cancer. Particularly valuable is our understanding of new biomarkers that can be used to determine sensitivity to enzalutamide (ENZA) in this case in triple negative breast cancer (TNBC), although we see utility in many BCs (E/ P, BRAC1/2 and even HER II+ which may have an adroegn component as a partial driver.” 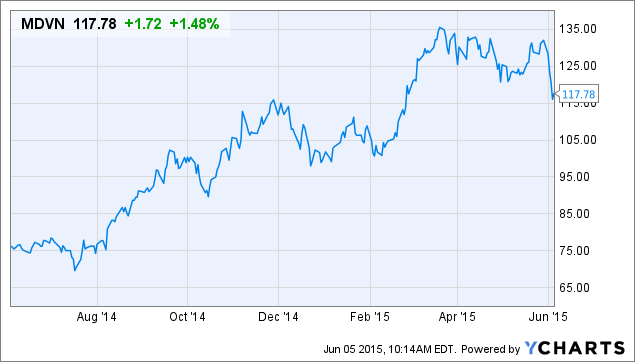