In a research note released this morning, Maxim Group analyst Jason Kolbert maintained a Buy rating on Keryx Biopharmaceuticals (NASDAQ: KERX) with a $24 price target, which represents a potential upside of 39% form where the stock is currently trading.

Kolbert wrote, “We see several catalysts to drive the stock over the next year, these include: (1) data presentation at the American Society for Nephrology meeting in November, with additional data presentations and publications at other upcoming scientific meetings; these presentations should help drive market share and the message; (2) a Phase III trial for Zerenex in predialysis patients (P-CKD) is expected to begin in 4Q-14; (3) EMEA approval in Mid-2014; Keryx’s filing for European approval in dialysis and predialysis patients was accepted in April 2014; and (5) an EU launch in individual European “Big Five” countries in 2H-2015.”

Kolbert added, “We see advantages over the other phosphate binder products that should give Zerenex a competitive advantage in the category. We expect Zerenex sales to be driven by its efficacy as a phosphate binder, combined with its benefits in anemia management. Zerenex is the only drug that has been shown to have an effect on iron absorption, thus reducing the need for intravenous iron. Importantly, its clinical data demonstrate a reduced need for erythropoietin stimulating agents (ESAs) to control the anemia that results from chronic kidney disease and dialysis. Secondary endpoints from the Phase III trial showed other meaningful measures of anemia control, such as TSAT (transferrin saturation, a measure of serum iron), ferritin, and hemoglobin. No other phosphate binder has these benefits. In addition, reducing use of iron combined with reduced use of ESAs reduces the total cost of patient care with better patient outcomes.” 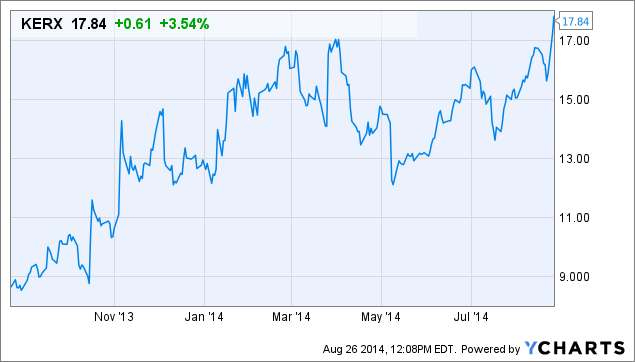