In a research report sent to investors today, Maxim Group analyst Jason Kolbert maintained a Buy rating on Inovio Pharmaceuticals (NASDAQ:INO) with a price target of $18, following the company’s third-quarter results, posting $1.8M in revenues, $10.2M in expenses and a net loss of $7.2M.

Kolbert observed, “Inovio will independently move VGX-3100 HPV vaccine to a phase III registration study following positive phase II data in which women showed both histological regression in cervical tissue and viral clearance from the cervix. Inovio is preparing a manuscript for a major peer-reviewed journal. End of phase II meetings will conclude in 2015 and the phase III could initiate in early 2016.”

The analyst explained his price target saying, “The FCFF model uses a 15% discount rate, as we believe that the platform technology has demonstrated measurable T cell responses. We also provide a discounted-EPS model and a sum-of-the-parts model. These models average to an $18.00 price target. These metrics are dependent on our clinical assumptions.” 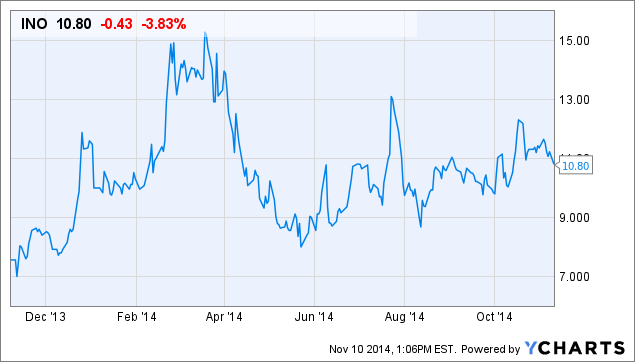