In a research report issued today, Maxim Group analyst Jason Kolbert maintained a Buy rating on Biolinerx (NASDAQ:BLRX) with a $7.00 price target, following the presentation of Preclinical data at the SOHO (Society of Hematological Oncology), showing that BL-8040 synergizes with another AML drug in development, Quizartinib, resulting in reduction of residual cancer cells in the bone marrow of AML mice.

Kolbert observed, “Bioline presented data at SOHO that shows BL-8040 as a novel therapeutic for AML patients with FLT3 mutations (30% of AML population), this time with another partner. BL-8040 was given to mice in combination with Ambit Biosciences’ drug Quizartinib (AC220), also in clinical development (phase II/IIb completed by). BL-8040 has been shown to induce AML cell apoptosis both in vitro and in vivo. In vitro, this effect was increased in combination with Quizartinib (60% versus 97% reduction in AML cell viability). In a mouse model of AML, the combination was shown to reduce the amount of residual AML cells in the bone marrow from 0.05 to 0.006%, with some mice having no detectable AML cells. Mice in this study also had prolonged survival. In addition, BL-8040 in combination with Quizartinib mitigated the reduction in normal white blood cells compared to Quizartinib alone.” 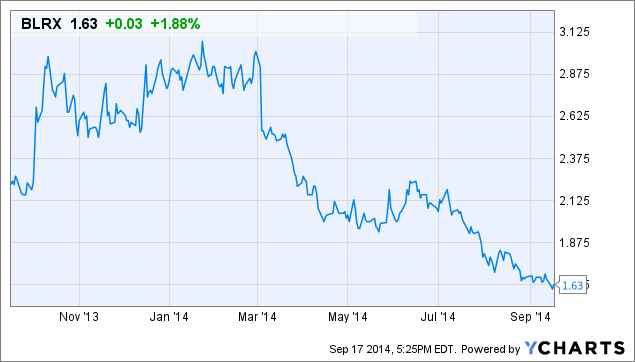