In a research report issued today, Maxim Group analyst Jason Kolbert maintained a Buy rating on ImmunoCellular Therapeutics (NYSE:IMUC) with a $4 price target, as the company announced an agreement with the California Institute of Technology for exclusive rights to novel technology for the development of certain antigen-specific T cell immunotherapies.

Kolbert said, “It is our understanding that this technology will allow the company to develop autologous hematopoietic stem cells, which are then modified and expanded to produce targeted T cells programmed to fight cancer. These reintroduced cells then live in the body and trigger the proliferation of programmed daughter cells.”

The analyst continued, “The technology originated from the labs of David Baltimore, PhD, Nobel Laureate and President Emeritus, and Robert Andrews, Millikan Professor of Biology at Caltech. We believe ImmunoCeullar is smart to continue to invest in next-generation technologies while at the same time pursuing the development of the company’s existing dendritic-based cell therapies. In that regard, we look forward to ICT-107 moving into a pivotal trial in 2015.” 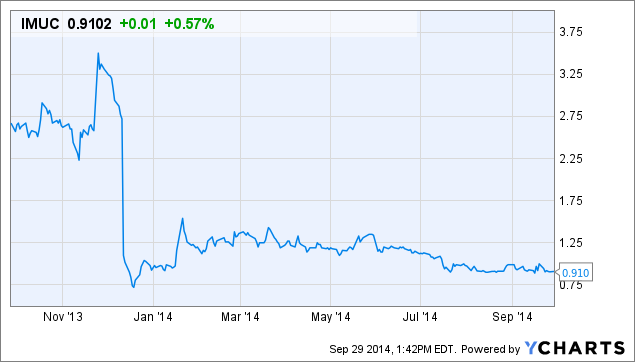