In a research report issued today, Maxim Group analyst Jason Kolbert maintained a Buy rating on Galena Biopharma (NASDAQ:GALE) with a price target of $7.00, as the company broadened its patent portfolio covering NeuVax with a new patent allowance in Japan. The patents now cover use of NeuVax alone or in combination with other agents to prevent recurrence in patients that meet the criteria for HER2/neu positive breast cancer in the U.S., Europe, and Japan.

Kolbert noted, “The new patent allowance in Japan adds protection to the existing patents covering the U.S. and Europe. The patent covers the use of NeuVax in patients who meet the diagnostic criteria for HER2/neu, encompassing use in those patients who would be eligible for the therapy.” The analyst continued, “NeuVax is currently in a phase III trial (PRESENT), under an SPA (special protocol agreement) as an adjuvant therapy to prevent breast cancer recurrence in HER2 1+/2+ patients. The company has enrolled over 533 patients and expects to complete the enrollment of 700+ patients (over-enroll) by January 2015. We estimate that a interim data analysis could be announced by 2H15. NeuVax is also in two ISTs (investigator-sponsored trials), one in combination with Herceptin to prevent breast cancer recurrence in nodepositive and high-risk node-negative HER2 1+/2+ patients; another in combination with Herceptin in HER2 3+ patients who failed to achieve complete response after neo-adjuvant therapy. The IST trials could enforce NeuVax’s efficacy or expand NeuVax’s indication. The endpoint is time to recurrence, and the assumptions are 25% in control group and a 30% improvement to that in the active arm (Hazard ratio 0.62).” 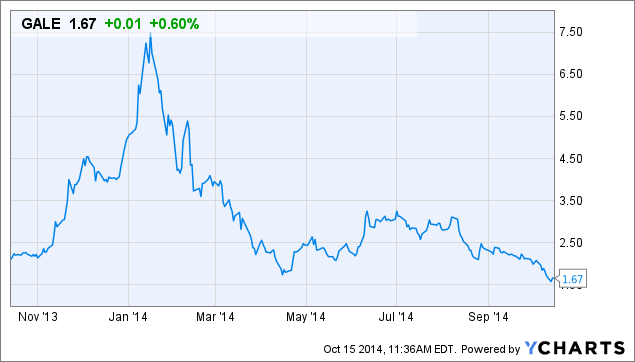