Maxim Group analyst Jason McCarthy initiated coverage on Kite Pharma Inc (NASDAQ:KITE) with a Buy rating and a price target of $87, which represents a potential upside of 47.5% from where the stock is currently trading.

McCarthy noted, “The market has assumed success in the r/r B cell space, with at least $500M in peak revenues (Kite’s valuation is supported in r/r B cell cancers alone). Add in the possibility of success in solid tumors (not if, but when), and we see upside to the current valuation.”

“Additionally, there is a valuation gap between Kite and its closest competitor, Juno (JUNO-$51.33-Buy). Kite’s approach to solid tumors is weighted on TCR-based T cell therapy (for now) vs. Juno’s on CARs. We believe that investors are undervaluing TCRs, which also represent a legitimate approach to solid tumors.”, the analyst added.

According to TipRanks.com, which measures analysts’ and bloggers’ success rate based on how their calls perform, analyst Jason McCarthy has a total average return of 7.8% and a 50.0% success rate. McCarthy is ranked #1939 out of 3632 analysts. 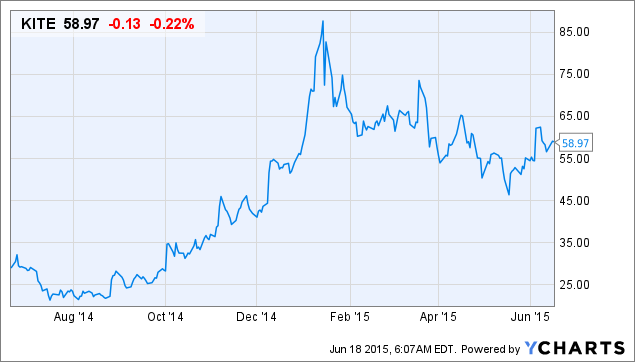