In a research report issued today, Maxim Group analyst Jason Kolbert reiterated a Buy rating on Keryx Biopharmaceuticals (NASDAQ:KERX) with a $26 price target, which represents a potential upside of 59% from where the stock is currently trading.

Kolbert commented, “Our understanding is that a competitor may have made some negative commentary on Keryx regarding United Healthcare putting Ferric Citrate on an exclusion list until formulary review. The comments failed to point out that it is standard procedure to put new drugs on an exclusion list until formulary review. This is why, as Keryx has said numerous times that, they expect a gradual build of coverage over the first 12 months, as payers take time to conduct their formulary reviews. We believe the inference that the exclusion is related to the label and that Ferric Citrate is not differentiated versus other phosphate binders is conjecture.” 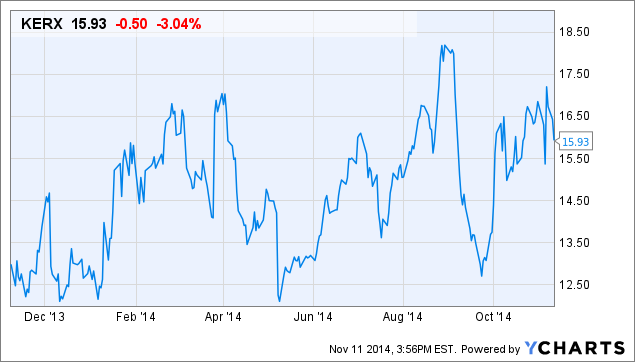