In a research report issued today, Maxim Group analyst Jason Kolbert maintained a Buy rating on Teva Pharmaceutical (NYSE:TEVA), but slightly reduced his price target to $66 (from $70), as the company provided guidance at an analysts day on December 11 and provided a comprehensive preview for 2015.

Kolbert noted, “Top-line revenues are expected to drop by about $1.0B-1.3B, to $19.0B-$19.4B in 2015. A significant portion of the drop is due to the expected launch of generic Copaxone, which could take $360M-$600M in revenues from the top line, as well as increased competition among new generic entries (such as other generics for Pulmicort) and foreign exchange impacts, all of which may pressure the top line.”

The analyst concluded, “We have adjusted our model to reflect TEVA’s guidance for 2015. With increasing competition in generics in both respiratory and CNS spaces, our model now points to a $66.00 price target, down from $70.00.” 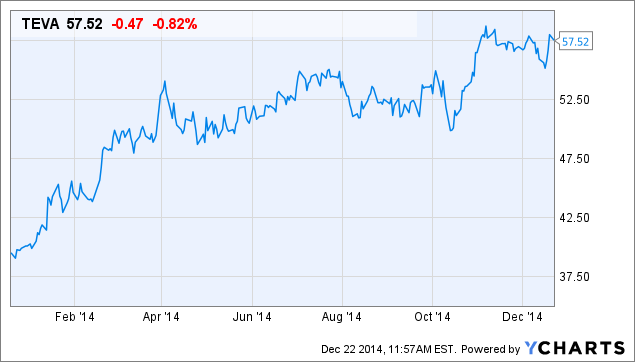