In a research report sent to investors today, Maxim Group analyst Jason Kolbert reiterated a Buy rating on Tekmira Pharmaceuticals (NASDAQ:TKMR) and reduced his price target to $21 (from $31), as the company announced that both of its proprietary antisense RNA antiviral therapies, TKM-Ebola-Guinea and TKM-HBV, will move into clinical trials in early 2015.

Kolbert noted, “As the dust has settled from the Ebola scare, we see Tekmira stepping back to develop the RNAi platform across multiple indications, not just Ebola. We believe Tekmira could develop TKM-Ebola as a viable therapy option for Ebola. However, it will likely require more time to develop than we had believed given the potential during the Ebola emergency to possibly accelerate the regulatory approval process.” 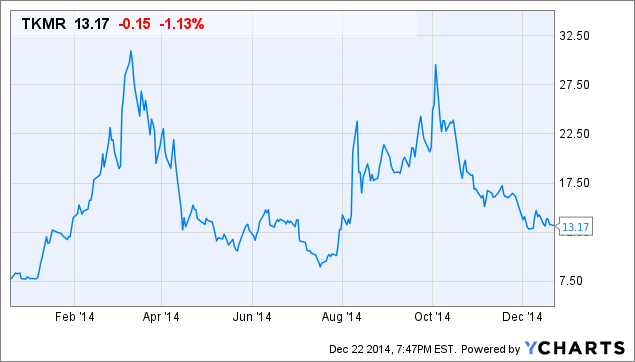