Maxim’s healthcare analyst Jason Kolbert weighed in today with his thoughts on IsoRay Inc (NYSE:ISR), as the company announced that researchers at the University of Pittsburgh School of Medicine released peer-reviewed study results on Cesium-131 prostate cancer treatment. The analyst rates the stock a Buy with a $5 price target.

Kolbert noted, “For Cs-131 and IsoRay, adoption by the medical community is the key to success. Cs-131 continues to build traction with key opinion leaders (KOLs) with the publication of another peer-reviewed study of Cs-131 in prostate cancer from the University of Pittsburgh School of Medicine. We see these peer reviewed publications as a critical part of the strategy to drive adoption, hospital by hospital and KOL by KOL.”

The analyst added, “IsoRay previously reported that the first European prostate cancer patient has been treated with Cs-131. This is the first step toward expansion of sales in Europe and the Russian Federation. We believe this will help establish usage in Europe from which it can expand sales into other indications.” 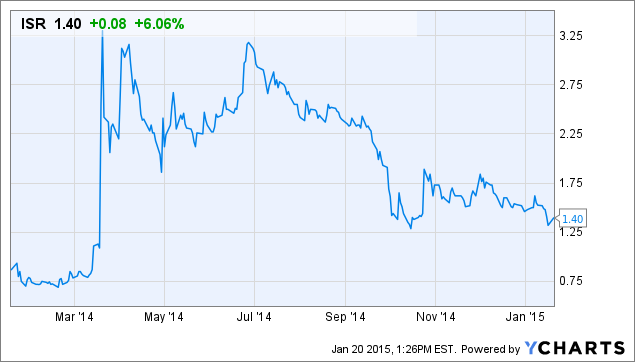