Maxim analyst Jason McCarthy weighed in with a few insights on Inovio Pharmaceuticals Inc (NASDAQ:INO), after the company announced that the phase I study of INO-4212 (Ebola vaccine) in healthy subjects will expand to include 125 more subjects to determine the best immunization strategy using intradermal vaccination.

McCarthy noted, “Intradermal administration has been shown in several Inovio studies to be more effective at driving antigen-specific antibody responses. Antibodies are critical for clearing viral infections as they bind to and neutralize viral particles in the circulation, as well as viral antigens on infected cells to either kill them directly or label them for other immune cells to come in and kill them. The intradermal approach is also being evaluated for Inovio’s Zika vaccine, now in a human study.”

“While Inovio’s infectious disease vaccines continue to make progress in Ebola, Zika and MERS, which we see as incremental positives, our focus remains on VGX-3100 and the start of the pivotal program, hopefully by YE16,” the analyst concluded.

McCarthy rates INO stock a Hold, without providing a price target. Shares of Inovio Pharmaceuticals are currently trading at $8.99, up $0.21 or 2.39%.

Out of the 6 analysts polled by TipRanks, 5 rate Inovio Pharmaceuticals stock a Buy, while 1 rates the stock a Hold. With a return potential of 80.8%, the stock’s consensus target price stands at $16.25. 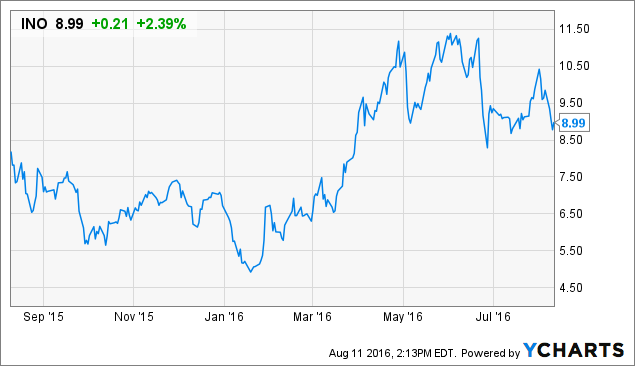