In a research report released Friday, Maxim Group analyst Jason Kolbert maintained a Buy rating on Galena Biopharma (NASDAQ:GALE) with a $7 price target, as the company has received notification that Actavis (NYSE:ACT) has filed an ANDA for a generic version of Abstral, Galena’s fentanyl sublingual tablets.

Kolbert said, “To defend against the ANDA, Galena and its partner, Orexo, have 45 days to file a patent infringement suit against Actavis. If filed, the suit will trigger a 30-month period during which the FDA will not approve Actavis’ ANDA unless the patents are ruled invalid or unenforceable, or the suit is settled. We therefore see no immediate impact to the application.”

Furthermore, “We view Abstral as a product that makes Galena a sales and marketing company, but we expect it to be a relatively small product. We estimate 2014 revenues at $9M and 2015 revenues at $14M. In comparison, we see NeuVax, Galena’s immunotherapy to prevent recurrence of breast cancer, as a potential billion-dollar product.” 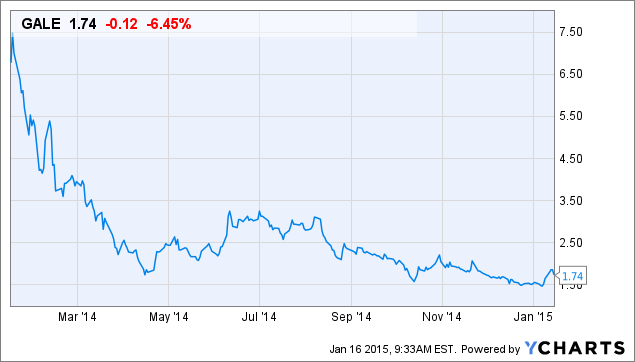