Napoli noted, “We came away from MasterCard’s investor day with greater appreciation of the MasterCard network, its strong innovation, and the company’s long-term growth prospects; our estimates remain unchanged and we reiterate our Outperform rating. In addition to its strong business model, MasterCard is positioned to benefit from strong secular tailwinds that include: growth in personal consumption expenditures, the secular shift toward electronic forms of payments, and growth from strategic investments and share gains. As a reminder, 85% of global transactions remain in paper form. The company generates strong free cash flow and has returned $10 billion to shareholders since 2007. We anticipate modest multiple expansion from current levels, but anticipate 15%-20% EPS growth in coming years; shares trade at a 12.3-times multiple of 2015 EVto- EBITDA.”

According to TipRanks.com, which measures analysts’ and bloggers’ success rate based on how their calls perform, analyst Robert Napoli has a total average return of 29.2% and a 80.0% success rate. Napoli is ranked #531 out of 3303 analysts. 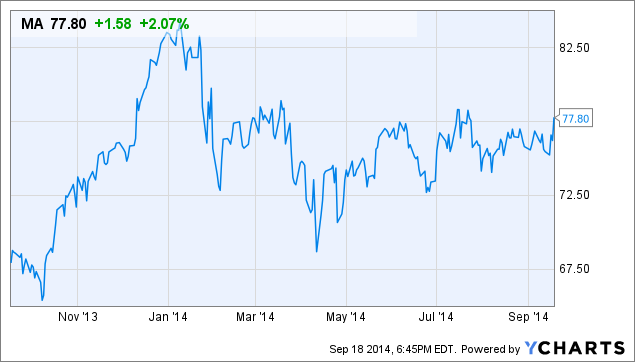