Canaccord Genuity analyst Gregory Miller came out with his views on magicJack VocalTec Ltd (NASDAQ:CALL), after the company reported first-quarter results, with top line slightly below consensus expectations as well as Miller’s estimates, but better-than-expected EBITDA and cash flow as the company increasingly focuses on tight expense management. The analyst reiterated a Hold rating on CALL, with a price target of $12.00, which implies an upside of nearly 54% from current levels.

Miller noted, “Although we have witnessed meaningful improvements with very modest expectations for 2015 results from the management team, we will remain HOLD rated on the stock until it is clear that improvements in churn are sustainable and a return to meaningful subscriber and potentially revenue growth is in the cards. We believe it is possible for the company to generate incremental shareholder value through the successful launch of a paid app as well as through its relationship with Telefonica in Mexico.”

However, “As before, it is simply too early to suggest this should be factored into its valuation given the prior delays. Finally, should the company decide that an expansion into the US small business market is an official objective, we believe they will likely discover significant pent up demand for a service offering that is more flexible than most currently offer today. With the early success of so many other companies that offer a type of unified communications as a service – something that could be developed on the current Magicjack platform –we believe the market remains in its infancy.”

According to TipRanks.com, which measures analysts’ and bloggers’ success rate based on how their calls perform, analyst Gregory Miller has a total average return of 6.2% and a 60.6% success rate. Miller is ranked #777 out of 3602 analysts. 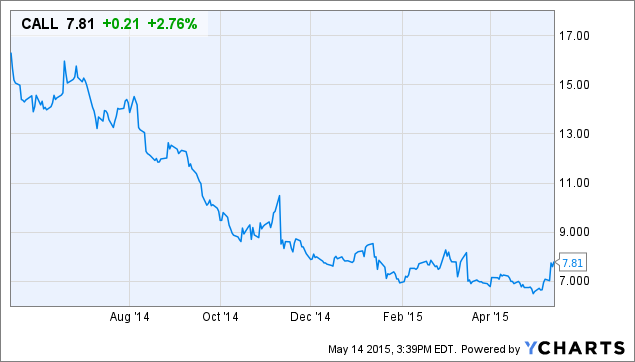