Leerink Swann analyst Howard Liang came out with some of his opinions on Celgene Corporation (NASDAQ:CELG) following the 13th International Conference on Malignant Lymphoma (ICML) in Lugano, where new data were presented from the Follicular Lymphoma Analysis of Surrogate Hypotheses (FLASH). Liang reiterated an Outperform rating on the stock with a price target of $150. Shares of CELG are currently trading at $119.32, up $2.10, or 1.79%.

Liang noted, “We attended [the conference] where additional data were presented from the Follicular Lymphoma Analysis of Surrogate Hypotheses (FLASH) study on using complete response at 30 months (CR30) as the surrogate endpoint for progression-free survival (PFS), which has been an established endpoint for regulatory approvals in follicular lymphoma (FL). The conference also featured extensive reviews of Revlimid-Rituxan combination (R2) data in lymphomas.”

“Overall, we believe the positive commentaries on CR30 as a surrogate endpoint as well as apparent close interactions with the regulatory agencies during the FLASH analysis increase the odds that CR30 will be recognized as a surrogate endpoint for both regulatory approvals and commercial adoption, and this, in turn, could dramatically accelerate the timeline for Revlimid in first-line FL based on the ongoing RELEVANCE study (CR30 readout in early 2017 vs. PFS data likely well beyond 2020). Given the significant opportunities for Revlimid in FL and in NHL in general, we believe the stock is in early stages of pricing in Revlimid for lymphomas.”, the analyst added. 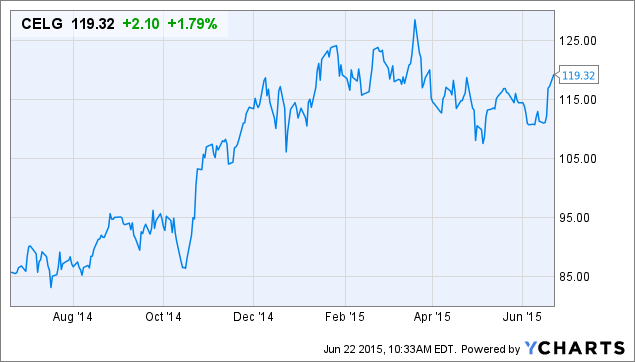