In a research report released yesterday, Wedbush analyst Liana Moussatos reiterated an Outperform on La Jolla Pharmaceutical (LJPC) with a $45 price target, following yesterday’s news of positive pre-clinical data for LJPC-1010 in non-alcoholic steatohepatitis (NASH). LJPC-1010 is a derivative of GCS-100, a carbohydrate inhibitor of galectin-3, which has shown activity in chronic kidney disease in a Phase 2 trial.

The analyst added, “We still believe the stock is undervalued given that there are several expected major catalysts in the second half of 2014. We expect the company will release additional details from the Phase 2a GCS-100/CKD study by Q4:14 followed by results from the GCS-100 trial extension. Although the development of LJPC-501 for the treatment of CRH is now a company priority, the company plans to continue its Phase I/II trial of LJPC-501 in hepatorenal syndrome and continues to target year-end for initial data release. With several clinical trial readouts by year-end, we believe positive results could cause a significant spike in valuation”.

According to TipRanks.com, which measures analysts and bloggers success rate based on how their calls perform, analyst Liana Moussatos currently has a one-year average return of 53.6% and an 71% success rate. Moussatos has a 31.9% average return, and is ranked #13 out of 3217 analysts. 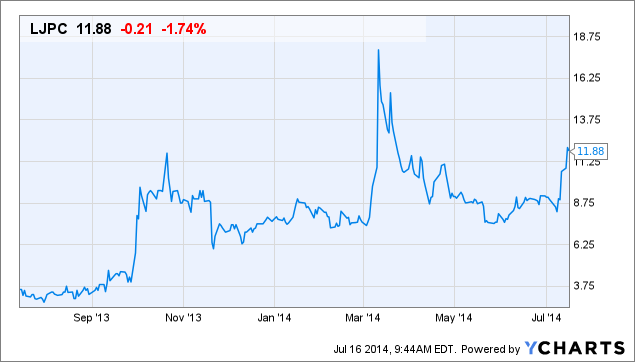