In a research report released this morning, Roth Capital analyst Anton Brenner reiterated coverage with a “Buy” rating on Krispy Kreme Doughnuts (KKD), and a price target of $27.00 following an investor meeting with KKD’s new President and CEO, and Doug Muir, CFO. Discussions focused on what Tony Thompson’s priorities are, the new format factory stores, store expansion, beverage sales and additional sales drivers, among other topics.

The following bullets contain some thoughts from that meeting:

“We continue to believe that Krispy Kreme has a long runway of rapid sales and earnings growth”, Brenner noted.

According to TipRanks, which measures analysts and bloggers success rate based on how their calls perform, analyst Anton Brenner currently has a one-year average return of 25.5% and a 63% success rate. Brenner has an 31.2% average profit recommending KKD, and he is ranked #781 out of 3141 analysts. 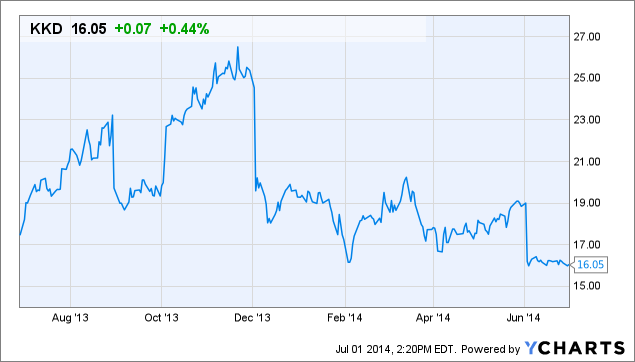 Krispy Kreme: We Believe The Shares Are Attractively Priced And Should Be Accumulated, Says Roth Capital