In a report issued to investors this morning, Roth Capital analyst Joseph Pantginis reiterated a Buy rating on Keryx Biopharmaceuticals (NASDAQ:KERX) with a $32 price target, as the FDA is expected to update its Orange Book this Friday. That said, many investors continue to look for whether the FDA will grant NCE status to Ferric Citrate, which will confer five years of exclusivity before potential generic filers, compared to three years without NCE.

Pantginis observed, “If NCE status is not granted on the Friday Orange Book update, the stock may experience some weakness, though we believe short lived, based on lack of action by the FDA. We do not believe that NCE status is necessary for Ferric Citrate to take advantage of its differentiated properties and will be a successful launch. The primary thesis (discussed further below), in our belief, to lack of NCE importance are the high barriers to entry to potential generic filers. We also believe an important piece of evidence facing potential generic competitors is that generics for Renvela were able to be made since March 2014. None are available yet. Generally a generic filer would be ready to go on day one, not seven months later. We also put forth that whether there is a generic Renvela, or other phosphate binder for that matter, they do not possess the differentiated iron sparing properties of Ferric Citrate.” 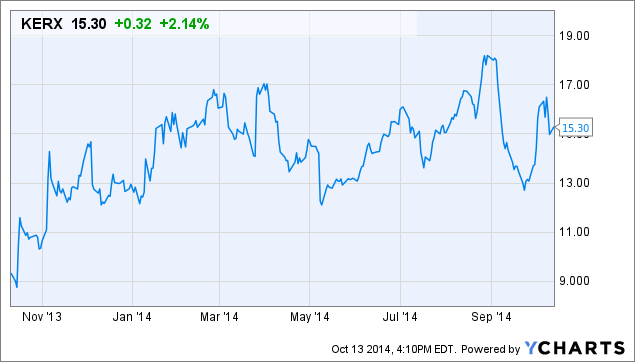