Brean Capital’s healthcare analyst Jonathan Aschoff weighed in today with a few insights on Keryx Biopharmaceuticals (NASDAQ:KERX), as the company’s shares have reacted negatively to early prescription data for Aurixya. The analyst rates the stock a Buy with a $26 price target, which represents a potential upside of 113% from where the stock is currently trading.

Aschoff wrote, “Only 4 of the top 15 Medicare contractors are currently on board and Keryx will have concluded all 15 of its major Medicare Part D plan meetings by April, after which coverage takes about two months. We expect Auryxia to be on all of these formularies because in addition to the drug sufficiently binding phosphate, there was also a statistically significant 24% reduction in hospitalizations demonstrated in Phase 3, something that payers should notice.”

The analyst added, “Now is simply not the time to judge Keryx per the weekly prescription data. When prescribing physicians have difficulty believing that a patient will likely have coverage for Auryxia at this point, given that only a minority of lives are presently covered for the drug, they tend to write for a drug that they know is presently covered rather than checking coverage for each individual patient. Physicians just tend to wait for broad coverage. At present, Auryxia is only covered by 2 or 3 of the top 10 Medicare contractors, and Medicare is about 60% of patients.” 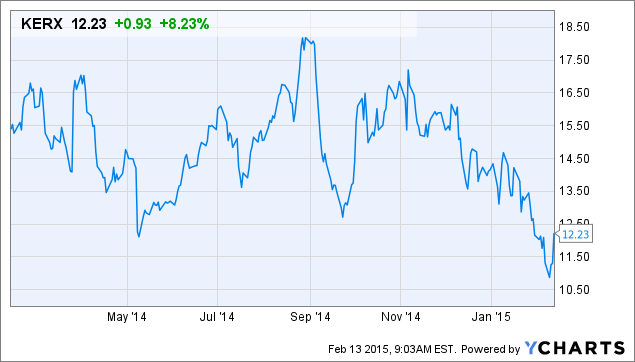