Cowen analyst Boris Peaker was out today with a research note on Keryx Biopharma (NASDAQ:KERX), following Friday’s release of IMS scripts data for Aurixya. The analyst rates the stock Outperform with a $25 price target.

Peaker observed, “We believe that the weakness in KERX’s stock on Friday was due to investor disappointment in January IMS scripts. However, historical data indicates that Aurixya scripts are in line with other phosphate binders. We would use the recent pull back as an opportunity to buy Keryx.”

The analyst continued, “Based on weekly data Keryx appears to be on track to reach 134 scripts in January. We see no reason to be alarmed at this number. To put things in perspective Renagel and Velphoro both only achieved 91 scripts in the first month of launch, in fact the average scripts written in the first month across binders is something like 64 scripts. At 134, if that number proves to be accurate, Auryxia is well ahead of the game.” 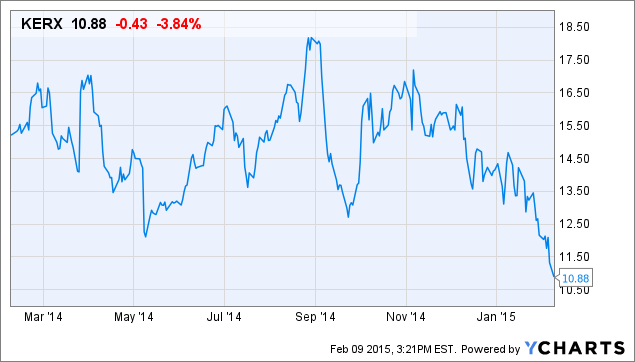