J.P. Morgan healthcare analyst Cory Kasimov weighed in with his thoughts on Keryx Biopharmaceuticals (NASDAQ:KERX), as the company’s breakout session is wrapping up at the 2015 J.P. Morgan Healthcare Conference. The analyst rates the stock an Overweight with a $24 price target.

Kasimov noted, “Current CEO Ron Bentsur kicked off the presentation and turned it over to CCO Greg Madison, who will be transitioning into the CEO role over the next 2-4 months. The company provided an overview of the commercial strategy post launch of Auryxia late last year.”

The analyst added, “Rx data/quarterly updates will likely carry particular importance in 2015. In the EU, KERX believes it is on track for a decision around mid-2015. The Phase 3 CKD trial started in 3Q; thus we are expecting data and an sNDA in early 2016.” 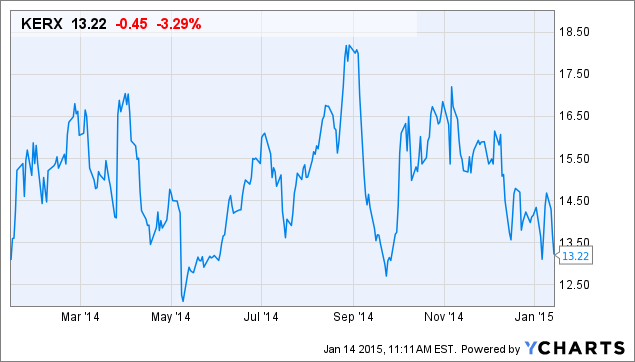