Lee wrote, “We remain constructive on NPSP shares ahead of the upcoming FDA Advisory Committee (AdCom) meeting for Natpara on Friday, 9/12, based on the positive tone of the FDA briefing documents. We continue to anticipate a favorable panel outcome and a potential approval by the 10/24 PDUFA date based on what we view as clinically meaningful Phase III data, a low efficacy bar and a favorable efficacy and safety profile for Natpara. Upon approval and launch, we continue to estimate that Natpara could target at least a $1.2 billion market opportunity.”

The analyst continued, “We view the FDA advisory committee meeting for Natpara on 9/12 and a potential US approval on or slightly before the October 24th PDUFA date as near-term catalysts followed by an EU regulatory filing in 2H. For Gattex, investors will continue to focus on quarterly earnings. In addition, we anticipate an EU reimbursement update for Gattex as well as release of pediatric data by year-end/early 2015.” Lee added, “We maintain our Buy rating because of a solid Gattex launch to date, a potential upcoming Natpara approval, signficant market opportunities in short bowel syndrome (SBS) and hypoparathyroidism and numerous value-creating milestones.”

According to TipRanks.com, which measures analysts’ and bloggers’ success rate based on how their calls perform, analyst Kimberly Lee has a total average return of 12.6% and a 66.7% success rate. Lee has a 17.1% average return when recommending NPSP, and is ranked #534 out of 3295 analysts. 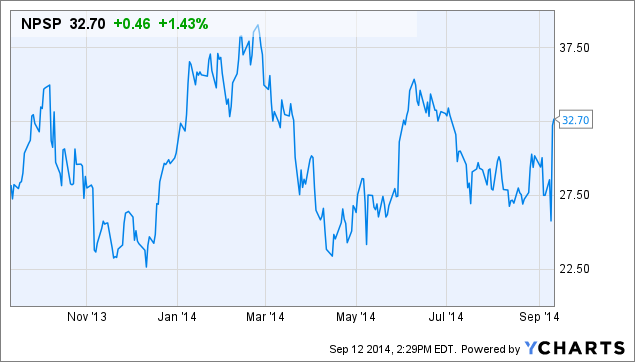