J.P. Morgan analyst Alex Yao weighed in today with a favorable report on Alibaba Group Holding Ltd (NYSE:BABA), after having conversations with Alibaba management team during the J.P. Morgan China Summit. The analyst reiterated an Overweight rating on the stock, with a price target of $109, which represents a potential upside of 27% from where the stock is currently trading.

Yao observed, “Near term monetization is likely to remain lumpy and that Alibaba will continue proactive investment in new initiatives, which could lead to further margin pressure in FY16. Nonetheless, we believe a number of new initiatives are well positioned in their respective areas and are likely to generate a sizable return in the long run. For example, Ali cloud is the undisputed leader in China’s cloud market and remains fast growing, which is of great value in the long run – and which is usually overlooked by investors.”

Bottom line, “We are turning more positive on Ali’s long term revenue and profit outlook, while we expect long term consolidated margin is likely lower than our prior forecast due to contribution from lower margin but earnings accretive new initiatives.”

According to TipRanks.com, which measures analysts’ and bloggers’ success rate based on how their calls perform, analyst Alex Yao has a total average return of 16.3% and a 64.7% success rate. Yao has a -2.8% average return when recommending BABA, and is ranked #552 out of 3629 analysts. 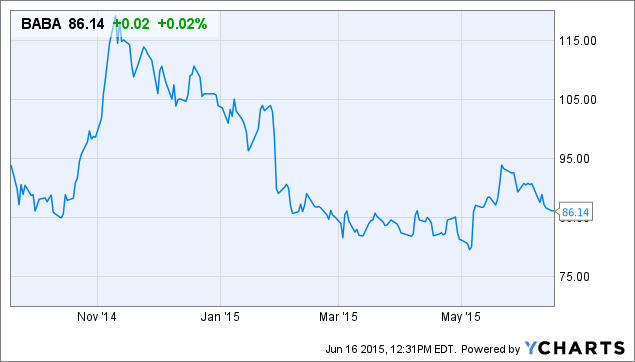