J.P. Morgan’s healthcare analyst Cory Kasimov weighed in today with a positive stance on Incyte Corporation (NASDAQ:INCY), after the company announced a global license and collaboration agreement with Jiangsu Hengrui Medicine Co., Ltd. for the development and commercialization of SHR-1210, an investigational anti-PD-1 monoclonal antibody.

Kasimov noted, “We are encouraged by this morning’s announcement that INCY has in-licensed an anti-PD-1 monoclonal antibody, known as SHR-1210, from Jiangsu Hengrui Medicine Co., Ltd. INCY gains exclusive WW rights (excluding China and some territories) to the compound. We got a chance to speak with management who reiterated this was driven by early stage strategic optionality (e.g. combo’s with their early stage I/O pipeline) as opposed to IDO. They reiterated that this deal has no impact whatsoever on the ongoing IDO trials or their intent there (still plan to move one or more of those combos into pivotal testing if the data warrants it…and we and the market clearly think it will).

“Overall, we view this as a solid deal for INCY to strengthen its early stage I/O pipeline; recall that it now has several checkpoint inhibitor antibodies (e.g. GITR, OX40, TIM-3 and LAG-3 from Agenus, and now a PD-1 as well),” the analyst added.

The analyst rates INCY stock an Overweight with a price target of $118, which represents a slight upside potential from current levels.

Out of the 9 analysts polled by TipRanks, 8 rate Incyte stock a Buy, while 1 rates the stock a Hold. With a downside potential of 16.7%, the stock’s consensus target price stands at $96.38. 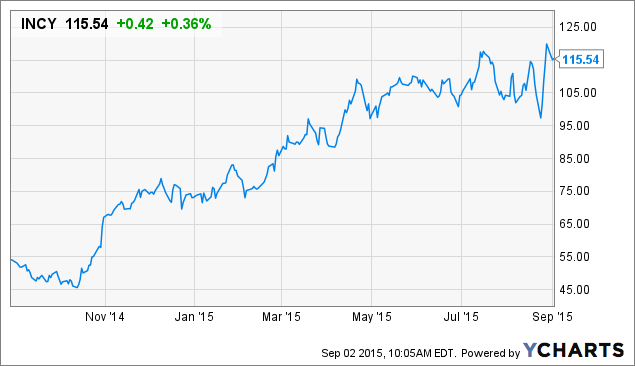