Kasimov noted, “As of 3Q, the company has 18 product candidates in development in a range of indications, offering the potential for significant longer-term value creation. That said, shares were up another 49% in 2014 vs. NBI +34% and S&P +11% (now up over 600% in 3 years), largely based on continued progress with Eylea (label expansions, positive trial vs. competitors) and the blockbuster potential of PCSK9 alirocumab. Phase 3 sarilumab (RA) has shown some promise, but dupilumab (for allergic conditions, which received BTD in 2014) is much more compelling, in our view.”

The analyst continued, “It’s hard to argue with REGN’s recent success, and we believe the pipeline offers the potential for even more long-term optionality. That said, we are maintaining a Neutral rating, as we suspect nearer-term drivers are largely already appreciated by investors.” 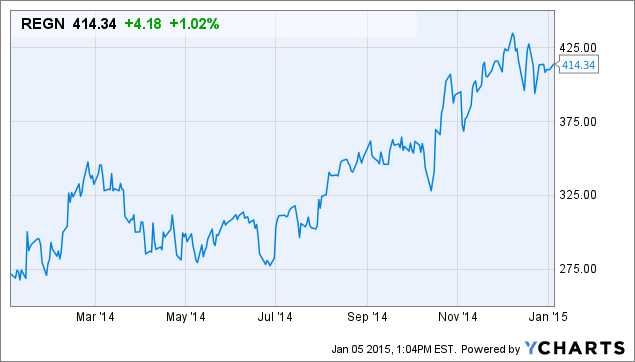