J.P. Morgan analyst Cory Kasimov is out today with some comments on ARIAD Pharmaceuticals (NASDAQ:ARIA), as the company announced that it has concluded consultations with U.S. and European health authorities regarding the design of a randomized, dose-ranging trial to evaluate three starting doses of Iclusig® (ponatinib) in patients with refractory, chronic-phase chronic myeloid leukemia (CP-CML). The analyst rates the stock a Neutral with an $8 price target.

Kasimov commented, “We are a little disappointed in how long it is taking to get this trial up and running (the idea was first described over a year ago), as we think the study will be critical to better define the optimal dose of Iclusig and gain clarity around the dosing/efficacy of the drug.”

The analyst continued, “With a ~50% penetration of the on label market, we believe label expansion/growing the addressable market is key, and this dose-ranging trial could provide more clarity/confidence in the ultimate market opportunity of Iclusig.”

“The dose-ranging trial for Iclusig is expected to begin by mid-2015. In the EU, the co thinks the majority of remaining pricing approvals will occur by mid-2015. The co also plans to file in Japan in mid-2015 with a potential approval in mid-2016. Following the nomination of a new oncology drug candidate at the end of 2014, we expect to hear development details at the J.P. Morgan HC Conference next week. On ‘113, full patient enrollment of the pivotal Phase 2 ALTA trial is expected in 2015.” 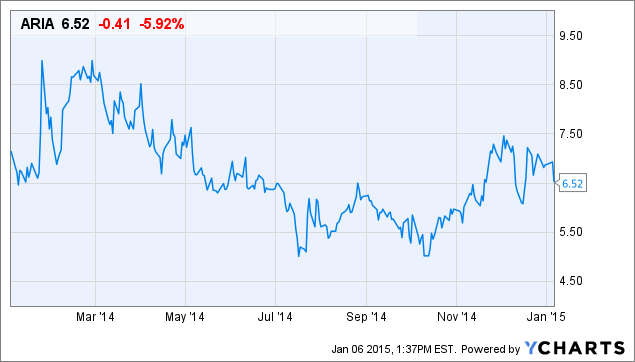