J.P. Morgan analyst Paul Coster weighed in today with his views on GoPro Inc (NASDAQ:GPRO), after the company’s CEO Nick Woodman appeared on CNBC defending against recent criticism that GoPro is a “one-trick pony. Apple GoPro closed today at $33.31, up $1.04 or 3.22%.

Coster noted, “He sounded constructive regarding GoPro’s prospects heading into the holiday season, hinting at the possibility of a new product introduction beforehand (not priced into the stock).” Furthermore, “We believe GPRO is still on track to achieve 40% EPS growth in 2015 and there could be upside to our 2016 forecast for ~14% EPS growth if the firm is successful in launching the quad-copter product in 1Q16 or in ramping media revenues over the course of the next year. We recommend purchase of this multi-dimensional growth story at what we consider a very reasonable price.”

Coster reiterated an Overweight rating on GPRO, with a price target of $75, which represents a potential upside of 125% from where the stock is currently trading.

Out of the 18 analysts polled by TipRanks, 13 rate GoPro stock a Buy, 4 rate the stock a Hold and 1 recommends to Sell. With a return potential of 112%, the stock’s consensus target price stands at $70.50. 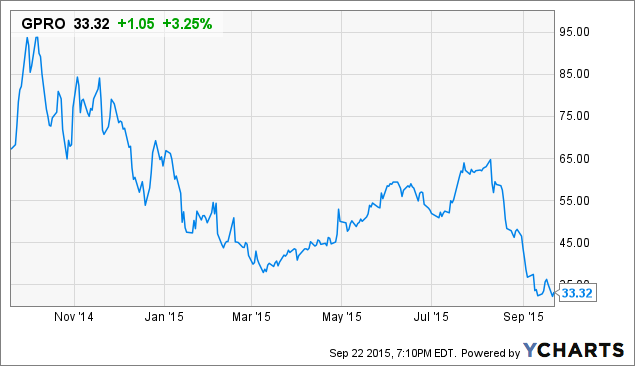