IsoRay, Inc. (NYSEMKT:ISR) shares soared as much as 94 percent yesterday, after the company released data in an online publication regarding the first major peer reviewed study of IsoRay’s Cesium-131 seeds in the treatment of lung cancer, which revealed extremely positive results. However, the isotope-based medical company’s shares closed today at $2.02, down $0.14 or 35.26%.

Maxim Group analyst Jason Kolbert noted, “We believe Cs-131 is a more efficacious, safer alternative to the SOC isotopes Iodine-125 or Palladium-103. Cs-131 hits the tumor faster and harder (shorter half life) which should convince physicians to adopt. As Cs-131 is now in centers in the east, west and central parts of the US, we believe adoption will continue. More data and more publications are coming to help the push.”

The analyst rates IsoRay, Inc. shares a Buy, with a $5 price target, which represents a potential upside of 147.5% above Thursday’s closing price. 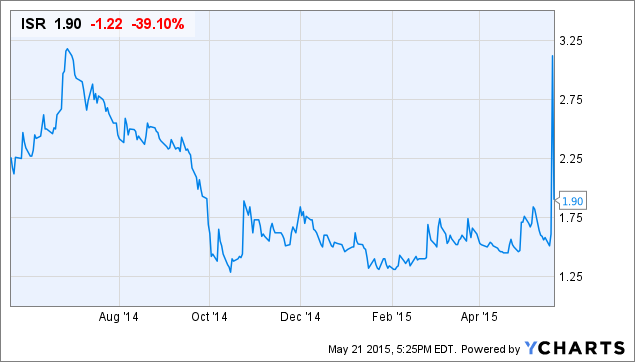