Is Oracle Corporation Pullback An Opportunity To Buy The Dip? Canaccord Says Yes

Canaccord Genuity analyst Richard Davis has high hopes for Oracle Corporation (NYSE:ORCL), reiterating a Buy recommendation on the stock with a 12-month price target of $50.00, which represents a potential upside of 24% from where the stock is currently trading. Davis believes that now is a good opportunity to buy ORCL after the shares have sold off more than 10% since the firm reported earnings two weeks ago.

In his research, Davis wrote, “The disappointment was largely driven by currency-muted revenue growth and a material earnings shortfall as customers opted for cloud purchases (with deferred revenue recognition) instead of paid-up licenses in the quarter. The bottom line is that the firm’s transition to the cloud is happening faster than expected, which when viewed objectively is actually a good thing. We cannot stress enough that the economics of a cloud subscription, versus a license + maintenance deal, are more attractive by a factor of 2-3x over the long term.”

The analyst continued, “We view the near-term disruption in ORCL shares, which are now trading at 12x our F2017 FCF/share estimate, as a good buying opportunity. The purpose of this note is more estimate update than anything else, but we likewise want to reiterate that our thesis on Oracle is unchanged: we continue to expect that ORCL shares will realize a several-point multiple expansion on its FCF-based valuation as investors gradually gain confidence in the firm’s transition to the cloud.” 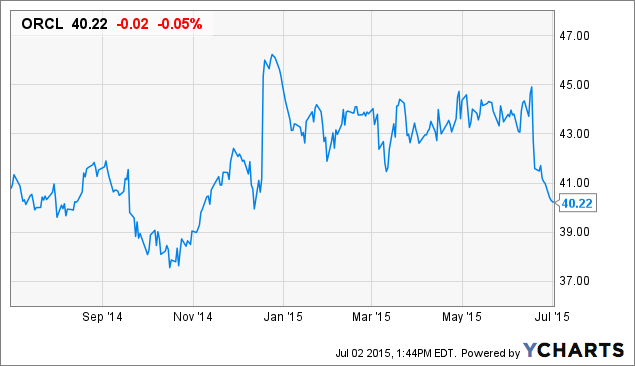