Breen noted, “We came away from the meetings with confidence that Iridium will successfully execute its growth strategy and believe the stock is well positioned given several catalysts on the horizon. In the fourth quarter of this year, revenue from the U.S. government is set to increase as the contract reaches its first contractual service revenue growth milestone. Also, in 2015, we expect Iridium to launch the first Iridium NEXT satellite into orbit, which should strengthen investor confidence with the NEXT deployment. With the launch of several new products and continued momentum with establishing big deals in the commercial M2M data segment, we believe Iridium is entering a phase of accelerated growth. Shares of Iridium trade at 7.4 times our estimate of EBITDA in 2015, which is an attractive entry point for investors, in our view, given the impending growth and catalysts over the next 12 months.”

According to TipRanks.com, which measures analysts’ and bloggers’ success rate based on how their calls perform, analyst Jim Breen has a total average return of -19.1% and a 20.0% success rate. Breen is ranked #3152 out of 3309 analysts. 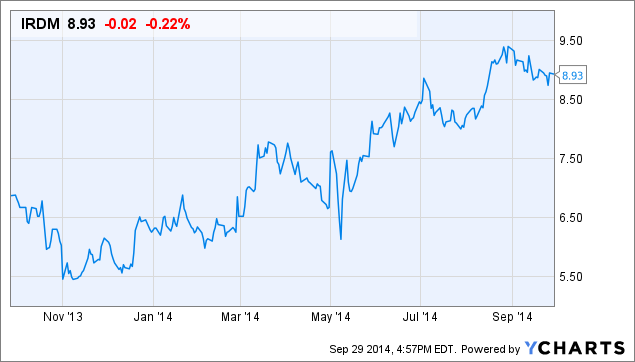