Apple Inc. (NASDAQ:AAPL) iPhone 6S and 6S Plus pre-orders kicked off Saturday morning with retail stores set to sell on September 25. Apple stock is currently up 1.13% at $115.50 in pre-market trading.

FBR Capital analyst Daniel Ives points out that Initial demand looks strong based on estimated wait times as displayed on Apple’s Web site and various blogs. He noted, “The wait time of iPhone 6s Plus in China is already running three to four weeks, and two to three weeks for the 6s. The U.S. and U.K. also looked strong on initial pre-order data, showing wait times of roughly three to four weeks for 6s Plus with shorter wait times for 6s depending on model/carrier.”

“While there are still unknowns about inventory levels, we note that China demand in particular looks “very strong” out of the gates and is a positive sign that the white-hot momentum out of this region shows no signs of abating despite macro headwinds out of China. We note that pre-sales of iPhone 6/6 Plus a year ago were 4 million orders (did not include China). Given initial strong data out of China on pre-sales and our analysis, we expect Apple to exceed this threshold, which would be a healthy indicator of initial 6s demand,” the analyst continued.

The analyst maintained an Outperform rating on Apple Inc. shares, while no price target was provided.

According to TipRanks.com, which measures analysts’ and bloggers’ success rate based on how their calls perform, analyst Daniel Ives has a total average return of 4.2% and a 45.3% success rate. Ives has a -5.8% average return when recommending AAPL, and is ranked #938 out of 3755 analysts. 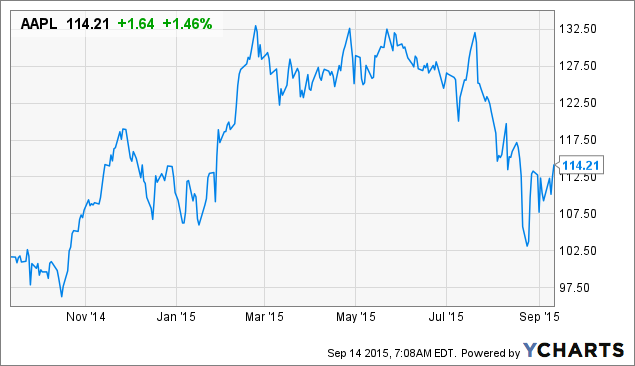