In a research report issued on Dec 19, William Blair analyst Anil Doradla maintained a Market Perform rating on BlackBerry (NASDAQ:BBRY), as the company reported third-quarter pro forma EPS of $0.01, exceeding both Blair’s and Street expectations despite weaker-than-expected revenue. No price target was provided.

Doradla wrote, “Although the company surprised investors with non-GAAP profitability, driven by cost reductions and margin improvements, the bigger and more challenging issue facing the company is on the revenue front. The company reported a 34% yearover-year decrease in revenue, and we remain concerned with the outlook of the services business (we project a 47% year-over-year decline in fiscal 2016) as BlackBerry 7 users continue to decline and buyers of BlackBerry 10 devices are increasingly opting out of the enhanced enterprise mobility service and value-added encryption.”

The analyst concluded, “Given the continued uncertainties that remain in the comeback story, we prefer to stay on the sidelines and believe investing new money in the name is somewhat speculative at this point.”

According to TipRanks.com, which measures analysts’ and bloggers’ success rate based on how their calls perform, analyst Anil Doradla has a total average return of 9.8% and a 72.0% success rate. Doradla is ranked #844 out of 3423 analysts. 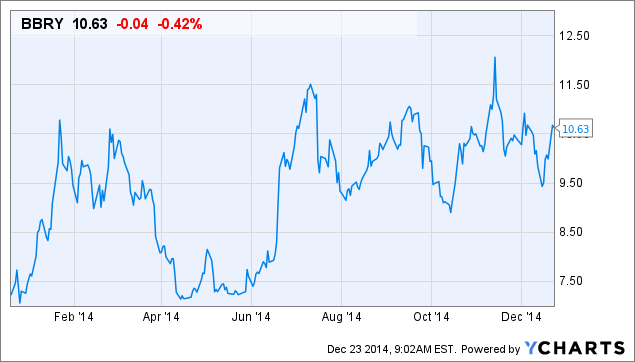