Wedbush analyst Liana Moussatos weighed in with her views on Intercept Pharmaceuticals Inc (NASDAQ:ICPT), after the company yesterday announced that it has completed its NDA filing for OCA in primary biliary cirrhosis (PBC). Moussatos reiterated an Outperform rating on ICPT with a price target of $493, which represents a potential upside of 104% from where the stock is currently trading.

Moussatos noted that the filing follows positive Phase 3 data in the POISE study reported last year, with the company seeking accelerated approval based on the surrogate ALP/Bilirubin endpoint. Overall, the analyst thinks the odds of approval are high. The analyst concluded, “With the timing of today’s announcement just making the cut-off of management’s prior guidance window (only 1 day left in 2Q15), we expect ICPT shares to rebound slightly on relief that a protracted delay to filing and approval is not forthcoming.” 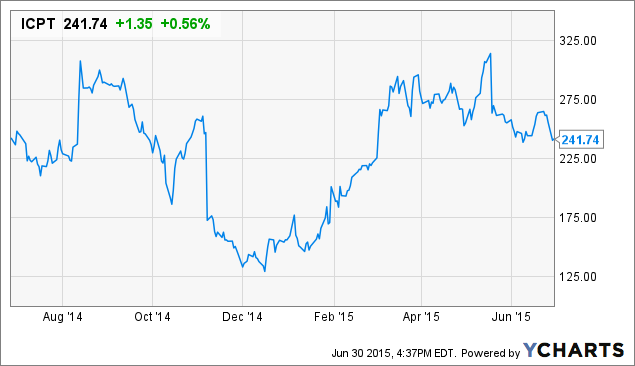