Intercept: The FDA ‘Breakthrough’ Status Could Be A Major Momentum Changer For The Stock, Says Oppenheimer

In a research report sent to investors, Oppenheimer analyst Akiva Felt reiterated an Outperform rating on Intercept Pharmaceuticals (NASDAQ:ICPT) with a price target of $375, as the company announced the receipt of Breakthrough Therapy Designation (BTD) from FDA for obeticholic acid (OCA) in NASH.

Felt observed, “Unlike orphan designation or fast-track status, BTD is a subjective decision by FDA given to drugs where preliminary clinical evidence demonstrates a substantial improvement over existing therapies. The FDA doesn’t just hand these out like candy. Of 211 requests since the program began in 2012, the FDA has granted only 63 BTDs as of last count. Most of these have been for groundbreaking drugs in hematology, oncology and antivirals, or for orphan indications.”

The analyst continued, “The news has very positive implications for ICPT, in our view, providing FDA validation on NASH urgency, OCA’s efficacy differentiation, and surrogate endpoints. We’d remain buyers of ICPT as this news could be a major momentum changer for the stock.” 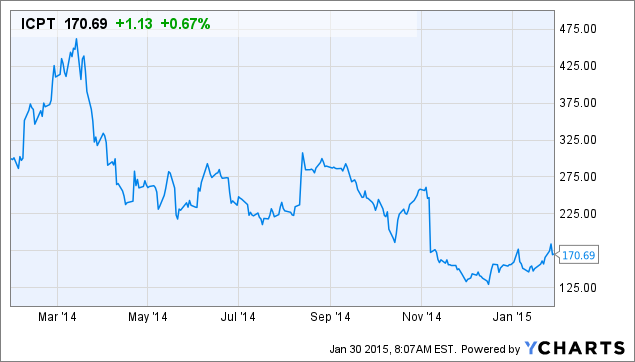