After reviewing the data, Maxim Group analyst Jason Kolbert today maintained a Buy rating on INO with an $18 price target. The analyst noted, “The treatment was generally well-tolerated, with only administration site redness occurring significantly more frequently in the VGX-3100 group compared to the placebo group in the 7- and 28-day periods following treatment”. He continued, “Based on the phase II data there should be progression to a pivotal program. The trial should take two years to enroll and, like the phase II trial, should show data six months after the last patient is treated. We believe that VGX-3100 represents a completely new treatment paradigm for cervical cancer.

The analyst added, “We have recently adjusted our model for the 4:1 reverse stock split which establishes a new price target of $18.00 per share. Our price target assumes a positive outcome of the current PII trial, which has now happened and subsequent progression to a pivotal program”.

According to TipRanks.com, which measures analysts and bloggers success rate based on how their calls perform, analyst Jason Kolbert currently has a one-year average return of 6.7% and an 51% success rate. Kolbert has a 30.5% average return when recommending INO, and is ranked #714 out of 3209 analysts. 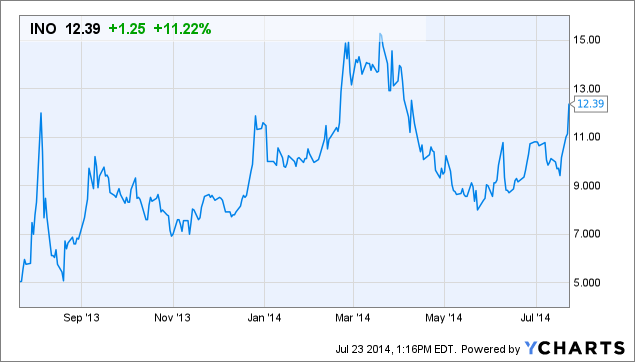