Schmidt wrote, “Overall, we believe today’s data demonstrates that baricitinib is an incrementally improved JAK inhibitor for refractory RA, largely in-line with investor expectations. Xeljanz generated $89MM in U.S. sales during Q1:15 (+78% Y/Y) and continues to post steady growth. Our consultants expect JAK inhibitors to ultimately capture ~15% of a $20B+ RA/PsA market. As a result, we believe baricitinib could generate $1.5B in sales within RA”

Out of the 9 analysts polled by TipRanks, 8 rate Incyte stock a Buy, whereas only one rated it a Hold.With a return potential of 9.70%, the stock’s 12-month consensus target price stands at $116.25. 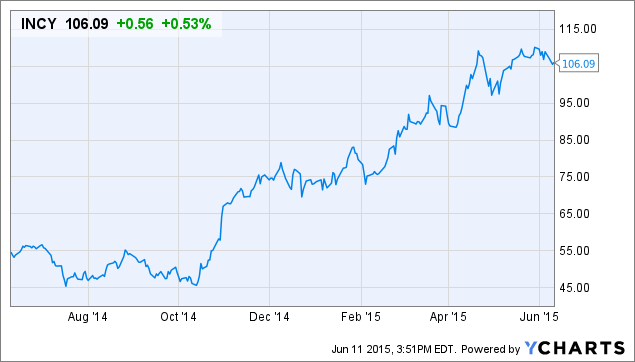