After ImmunoGen, Inc. (NASDAQ:IMGN) announced that Takeda, a Japanese pharmaceutical company, will license their new cancer therapies that use novel antibody drug conjugate (ADC) technology, Oppenheimer analyst Christopher Marai weighed in on the biopharmaceutical company. Marai maintained an Outperform rating on IMGN with a price target of $11.00 on March 24.

Additionally, Marai noted that the ADC technology used in the drugs has "demonstrated acceptable safety." He added that IMGN's partnership with Takeda should "confer greater confidence in IMGN's ADC-technologies."

Other than the ADC therapies, Marai views IMGN853 as the main value driver for ImmunoGen as it is wholly owned by the company. He assigns $8 per share in his $11 price target to the drug and estimates potential sales of $600 million. 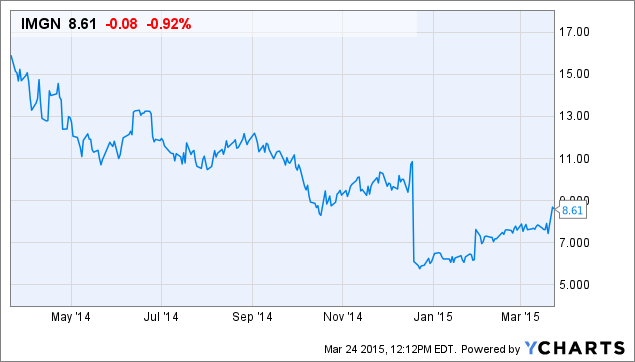