Piper Jaffray analyst Gene Munster weighed in today with a few insights on Amazon.com, Inc (NASDAQ:AMZN), following the news that Google Inc (NASDAQ:GOOG) will launch ‘buy’ buttons on its search-result pages in coming weeks, which would challenge Amazon’s “one-click” ordering. As a sign of confidence in Amazon, Munster reiterated his Overweight rating on the stock, with a $426 price target.

Munster wrote, “We do not expect an impact to Amazon over the next 1-3 years. We believe that ~25% of Amazon’s traffic comes from search (of which ~90% is organic). Google does pose a longer-term (3+ years) threat to chip away at Amazon’s growth rate. Google will be able to compete with top of the funnel in ecommerce, but that’s only part of the battle. It will be next to impossible for Google to replicate/recreate the bulk of the of the ecommerce experience: the core Amazon infrastructure, which is why consumers love and trust Amazon.”

“While Google is the clearest long-term competitive threat, we remain optimistic about shares of AMZN over the next 1-3 years based on our belief that the company will give September margin guidance which will suggest y/y margin improvement.”, the analyst added. 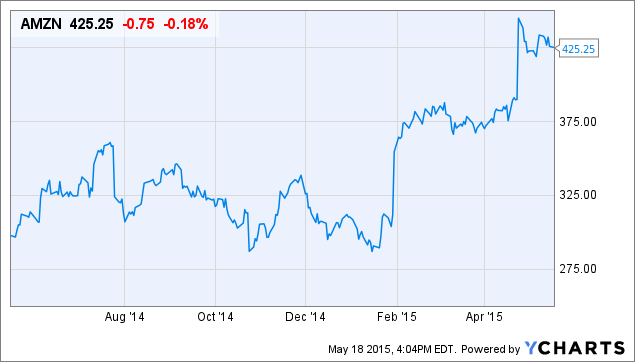