Heron Therapeutics Inc (NASDAQ:HRTX) shares have taken off, adding 60% to trade at $19.76, following the news that the company’s late-stage study of its treatment for chemotherapy-induced nausea and vomiting achieved its primary endpoint. In response, Brean Capital’s healthcare analyst Jonathan Aschoff reiterated a Buy rating on the stock, with a price target of $40.

Aschoff noted, “In Heron’s Phase 3 MAGIC trial, Sustol in combination with other standard CINV therapy achieved its primary endpoint of superiority over standard of care, making it the only 5-HT3 antagonist to show superiority to standard of care for delayed nausea and vomiting after HEC, and demonstrating the drug’s clear utility even against the normalizing effect of background therapy. Importantly, the trial was 90% powered for a 10% relative difference in response rate and was able to show a 14.3% relative difference.”

“Heron can now resubmit its Sustol NDA by mid-2015 and the new superiority data, together with manufacturing data from its current, different contract manufacturer, should be enough to easily allow for an early 1Q16 approval.”, the analyst added. 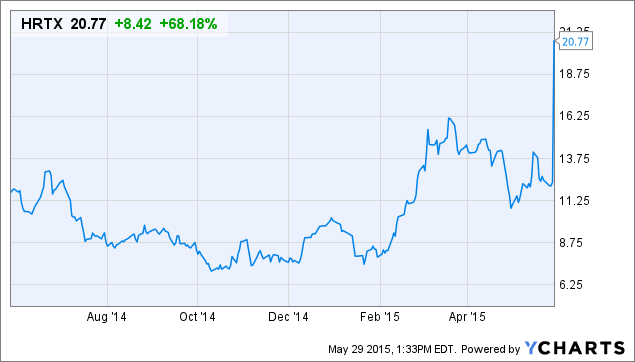 3 “Strong Buy” Biotech Stocks with FDA Approvals on the Horizon